Skip to content
I’LL Show You is the much anticipated brand new EP from the southern crooner Trez Falsetto.
I’LL Show You features eight tantalizing tracks that will have you in the mood for partying & romance. The Truth or Dare single has gotten much of the fan fare as the first radio single off the EP. Truth or Dare was in rotation in over thirty stations nationwide from California, Texas, Florida, The Carolinas to Massachusetts.
Perfect another single from the EP that received a lot of acclaim is Trez Falsetto love letter to all the women in the world advising they are perfect the way they are.
The EP also features “Lose in Love” the soon to be classic feel good song of 2020. 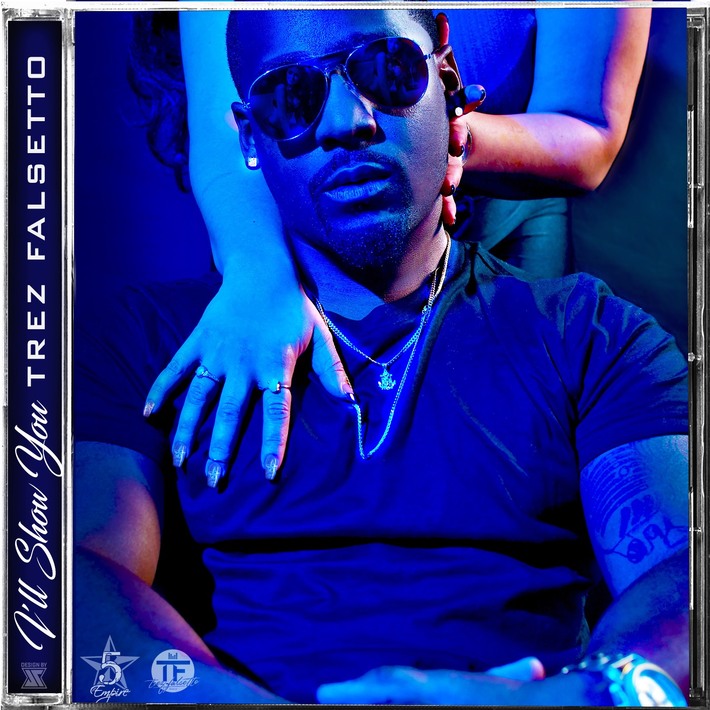 link to the EP on all digital platforms >> https://songwhip.com/album/trez-falsetto/ill-show-you
Trez Falsetto a Durham, NC born National Recording artist that sings R&B/ pop/ trap R&B
He’s a graduate of North Carolina Central University graduate.
Trez Falsetto has performed all over the country in some of the biggest arenas with big crowds with some of the biggest names in music including Bobby Brown, Cardi B, 2 Chainz, 21 Savage, R Kelly, Ginuwine, Tank, Dru Hill, Bobby Valentine, New Edition to name a few. He has toured with Bell Biv Devoe, Tank, Kid Capri, and R Kelly and done a few college tours.
Trez Falsetto has sung the national anthem for colleges, Ciaa Tournament at the Spectrum Center in Charlotte and the Mcdonalds Battle of The Bands in front of 10’s of thousands.
He has sung at festivals around the country including The 50th Bimbe Festival in Durham, NC, 102 Jamz Car Show in Winston Salem, NC & the Pan African Festival in Macon, GA.
His single Blow was in rotation in North and South Carolina and could be heard all over the airwaves.
He was voted Carolina Music Award winner for Best Male R&B artist in 2017
This past September was selected to the Salvation Army Boys and Girl Club Hall of Fame for his charitable service in the community including toy drives, Turkey drives, cost drives, and back to school supplies drives. He is constantly putting on for his city and community and is a great representation of the Bull city.
He is signed to Five Star Empire Record Label
Click Here to checkout his EPK >>> https://spark.adobe.com/page/Eq0OVkOuyUItg
Connect w/ Trez Falsetto:
Twitter: @Trezfalsetto
Instagram: TrezFalsetto
Facebook: Trez Falsetto
For features, bookings, and media inquiries please contact Valiant Entertainment Management: Lex or Gerald 301-523-2892 or vesmng@gmail.com